About 9 pm on Wednesday July 1st, our daughter strolled into the kitchen of our house and was immediately confronted by the sight of the back end of a black bear. The motion detector light outside of our screened patio had illuminated the bear casually eating our leftover grilled chicken from the garbage can. Our daughter began yelling that there was a bear in the yard. The other kids all went to the window to see and then began trying to get the adults to come as well. We have family and friends here from Atlanta and we were in the family room just chatting about the day’s events when all of this yelling commenced

A black bear?  In Bay Point?  In my yard? Eating my garbage? Inches away from my house? YEP! I called security who asked me a couple of times if I was sure it was a black bear. I would have been doubtful too! I then called 911, who put me in touch with the Fish and Wildlife organization. Officer Lane of FWC answered the phone.  He agreed to come right out, but he lives in Calloway, so it may take awhile. Officer Giawashi from our security arrived and confirmed that yes indeed it was a big black bear. Despite all of the commotion and lights, that bear stayed, even occasionally climbing up into the Y of the tree to rest. We all just watched, taking pictures and videos until about 10:30 when Officer Lane from FWC arrived. Yep, a third confirmation, a big black bear. Officer Lane estimated him about 1 ½ years old, about 150-180 pounds and he had menaced Magnolia Bay earlier in the week. Oh good!

Officer Lane’s task was to shoot the bear with ‘bean bag” bullets, sting it, and make it go away. Go away to where? The Navy base? The Preserve? Winn-Dixie? Where would he go next? Well, he shot that bear in the butt.. twice. The bear immediately climbed higher into the tree, as if he had just been shot in the butt! By that time another security officer (Bill) arrived, it had become quite a scene.

As it turns out, the bear had entered my open garage, grabbed the large container of bird seed, took it out into the driveway, opened it and began eating, occasionally supplementing the bird seed with my left over grilled chicken. Who wouldn’t stay for that combination? Didn’t know they liked bird seed, who knew?

While the bear was high in the tree, and being observed by three capable officers, my family scurried outside to clean up the garbage and bird seed in hopes of deterring his stay. They kept glancing up that tree just in case.

So, how does this end? About 11:30, the bear with a sore butt, trundles down the tree. The FWC officer, with bean bag gun in hand, follows the bear into the woods behind our house, and the bear disappeared into the darkness. The golf course hasn’t cut that area since Michael, so is he still there this morning? I am not going to check. Do I keep the garage closed and the bird feed somewhere else? YEP.

And many thanks to Officer Giawashi, Officer Lane, and Officer Bill for their help, diligence, response, and caring. Is that Bear still close around here? I think so! 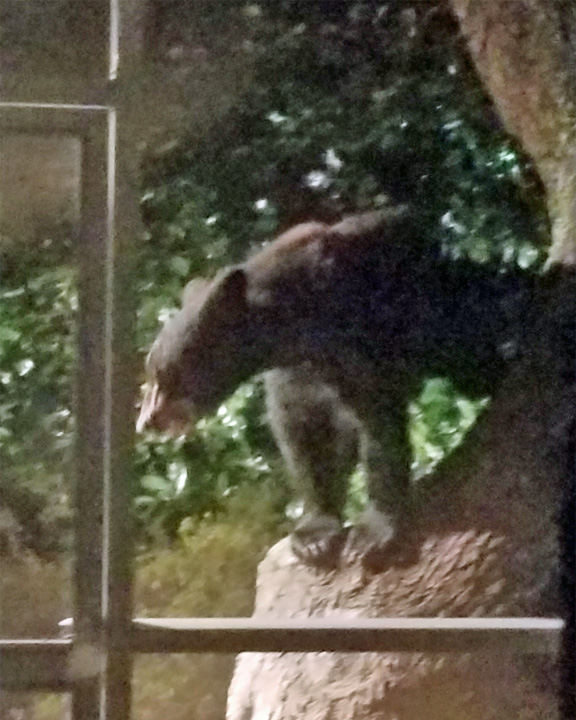 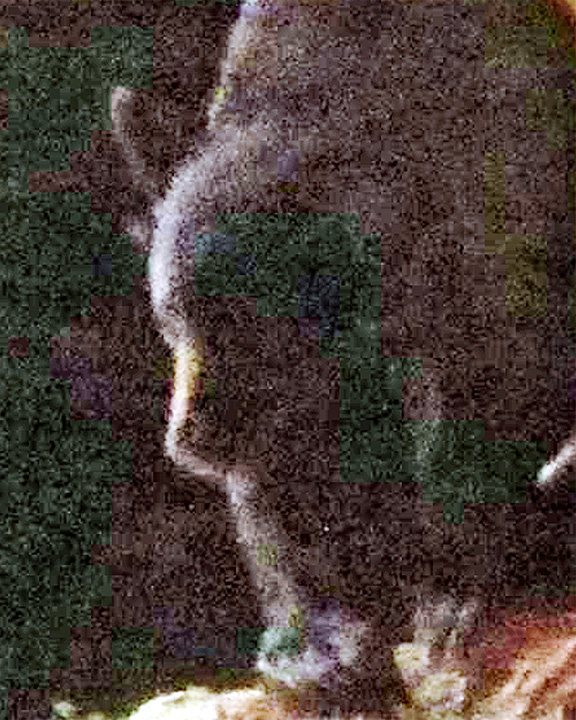